An artist is naturally curious and wants to touch all the instruments to see what they do and they want to bring out the sound from those instruments and create something.  When I say create, I really mean channel, or let something flow through you.  It’s already there, it exists in the spiritual realm and seeks someone to manifest it on our physical plane.  An artist is open enough to the creative spirit that they allow such things to happen.

An amatuer thinks that the music is all about them.  They wrote it, they created it, they originated it and they want the glory for having done so.  The amatuer wants to count the clicks and tally the counts in order to bring praise to themself.  A pro, brings it here, leaves it and is on to the next one.  They’re not clinging to their creation and blowing the horn about it.  They create and let it be because they understand that their art has a greater purpose that is far beyond them.  They understand that the art is to create awareness, give cause for reflection and to serve mankind.

The amatuer doesn’t want to make extensive effort to create.  They want it served to them on a platter.  They want it to come easy.  They will outsource parts of the creation.  A pro, as mentioned earlier, is the creation.  They embody it.  They want to create every portion of it.  If there is something they need help with because don’t understand, they will get the help and find a way to develop the understanding.  If an artist is to create a sculpture, they won’t have someone else chip away the large pieces and then when the stone is cut into a certain shape, jump in and do all the fine chipping.  They will do the entire project from beginning to conception. 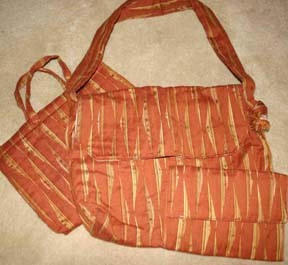 I used to sew all the time.  I used to make all of my clothes and my children’s clothes.  I would go to the fabric store and select my fabric.  A part of my creation process was to touch the fabric, feel it, and after my yardage had been cut by the clerk, to pick it up, hold it up and out, then fold it up.  There is something about holding and stretching out the entire