We got an email from Agentina:

“We are Audionauta, an instrumental acoustic/electronic post-rock band from Argentina. We released our first album “A Kilómetros de la Superficie” (“Kilometers from the Surface”) and we’d like to share it with you. The album is free in the Bandcamp page and SoundCloud, but also can be found in Spotify, Apple music, Google play, Amazon music, etc.” 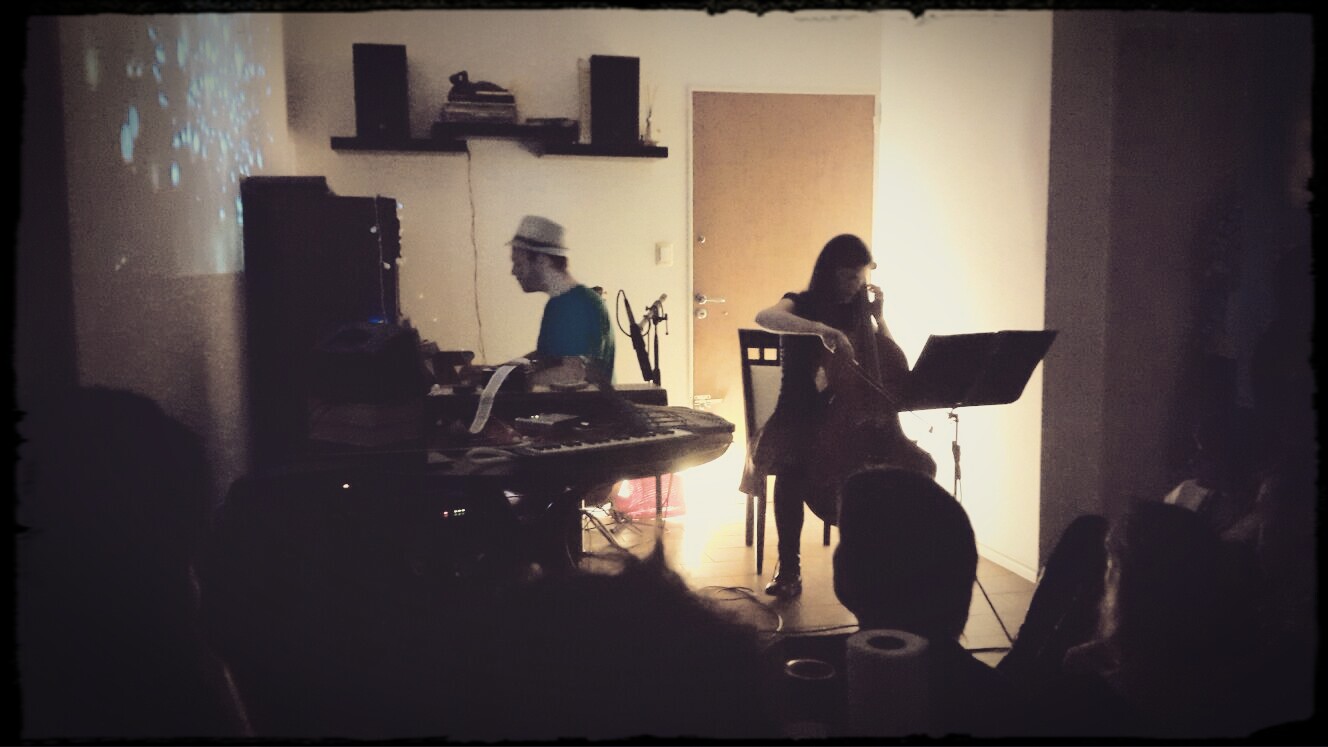 You are Ivo and Rocío.  Tell us how did the two of you meet?

At the beginning the band was formed by Ivo and Jonnhy and a common friend presented Rocío, who was studying cello. There was always the idea of adding strings to the band. After recording our album, Jonnhy moved to Dublin and we stayed as a duo.

What led you to start creating music together?

The need of exploring acoustic and primitive sounds and playing with as many instruments and colors as possible.

Did the music between the two of you click right away or did you have to work at creating your musical symbiosis?

When Rocío joined the band, we wrote cello lines for the existing songs and as time went on, she started to add her own style to compositions. We were always connected musically.

The two of you started working together in 2012.  Is A Kilómetros de la Superficie your first cd, or were there others before this one?

It’s the first one. We are carefully crafting our second album with every spare moment that we find. We expect it to be ready by the first quarter of 2017.

Why did you decide to create a cd and why did it take the two of you three years to do so?

After two years of making music we thought we had enough to record. Also, Jonnhy was about to move to Dublin and we decided it was a good idea to immortalize the songs as they were at the time.

What were some of the obstacles you faced in the creation of this project?

We recorded the album in a DIY way, in Ivo’s living room (also where we rehearse). We had to learn the art of recording and mixing, and at first it was pure trial and error. Then we lost many of the recordings as the hard drive broke and we didn’t have any backup! We were able to recover most of Jonnhy’s takes but we had to record again everything else. 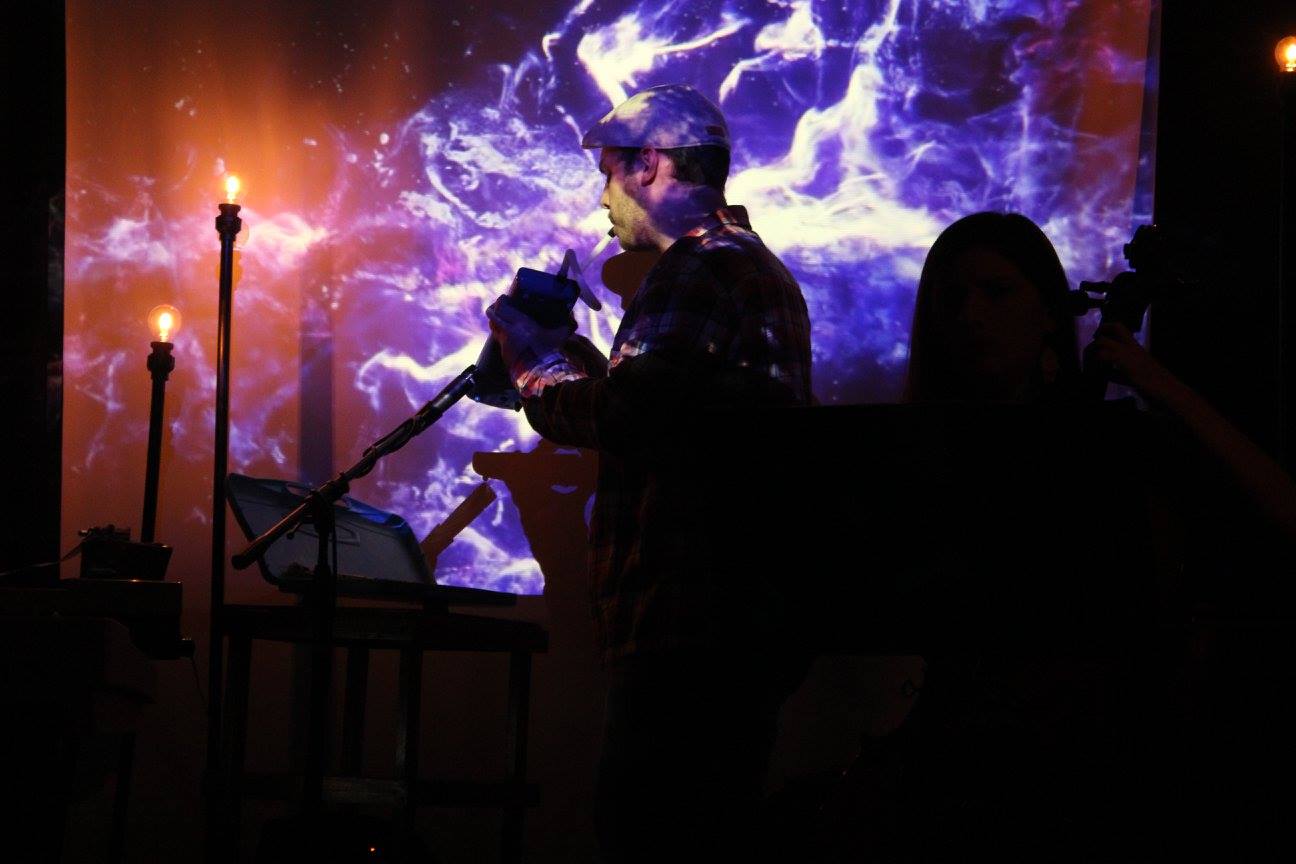 Most bands try to sell their music.  Why did you release yours under a Creative Commons License or – free?

Because music belongs to the world, it belongs to the people. We just discover it, somehow. Also, we are not looking for profit and that allows us to get to much more people than selling it.

You’ve said that you like to use visual images with your music because there are no words.  Why not use words and have lyrics and vocals go with your music?

Words are too direct, there is little room for imagination. Anyway, the truth is there wasn’t a singer available when we started the band, so we couldn’t even think on going in that direction.

Do the two of you select the visuals that accompany your music or do you have someone else do them for you?

We do it ourselves, with some free/creative commons contents and videos we shot. We are willing to start working with some VJs, there is a big underground VJ scene here in Buenos Aires.

Together, how many instruments do the two of you play?

We mainly play piano, guitar, cello and samples. Then we play glockenspiel and melodica in several songs. And for some specific songs we have a bass, a music box and a bontempi, which is an old italian reed organ that sounds like an accordian with an air engine. It’s really fun to play with all this. We also have some new instruments we haven’t used in any song yet but we are willing to, like some toy pianos, a hang drum, and a minibrute synth. 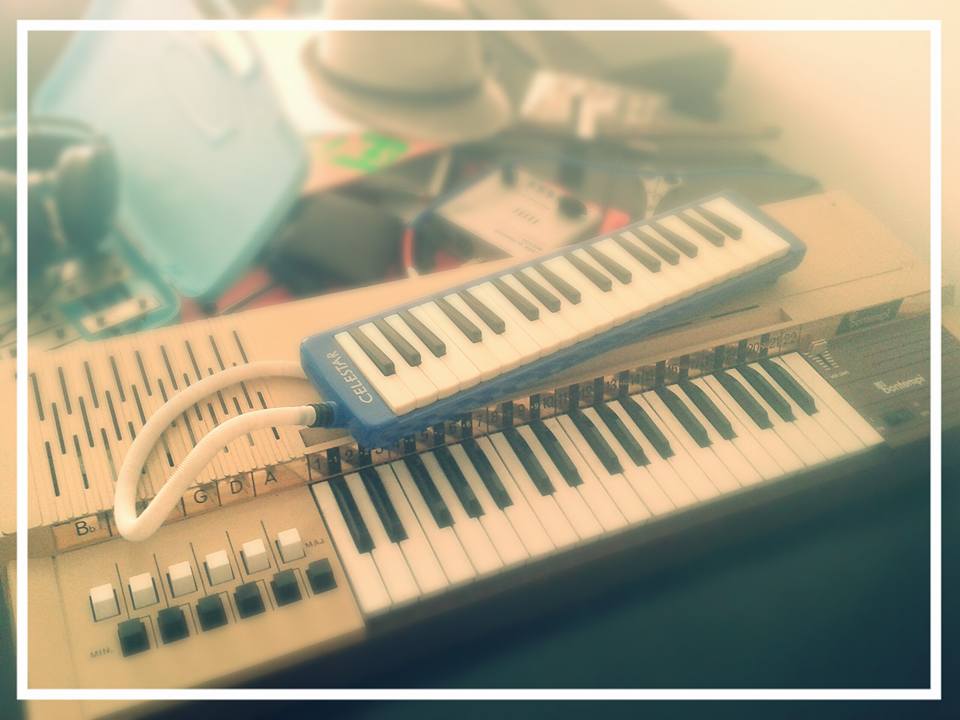 Here’s a picture of the bontempi with the melodica on top of it.

Understanding that music is an expression of the soul, what is your purpose in creating music?  Do you have something specific in mind that compels the two of you to do so?

It’s like the music already exists and we are just lucky enough to find it. Like playing a cover of a song no one knows. I guess the purpose is to find those songs that are hidden in the shape of emotions and set them free so anyone can listen to them.

Where do you feel that your music comes from?

It’s a mix of emotions, landscapes and all the music we’ve ever listened to. 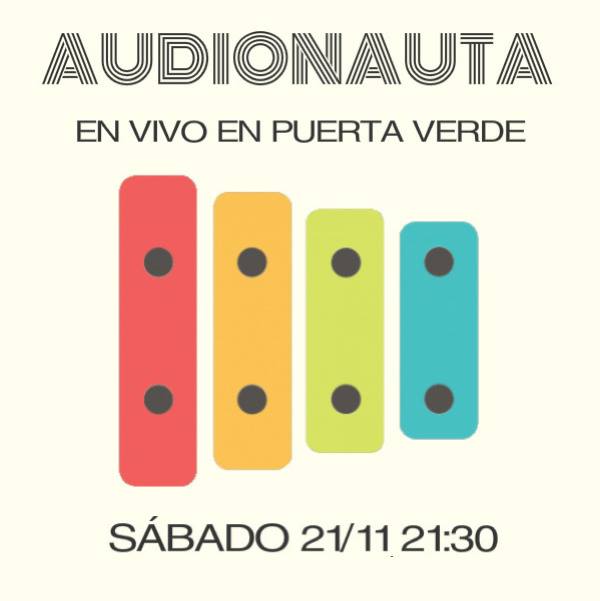 Yes, we are playing any other month. We are planning to play several concerts in the second half of 2016.

What do you hope that listeners experience or feel from your music?

A kind of nostalgic trip, like when you are coming back from a nice place, you are on the road and feel homesick but also happy because you were there and maybe even coming back soon.

What is next for the two of you musically?

We are taking our time to record our second album. We expect it to be ready by mid 2017.

Please check them out.  Here are the Links: