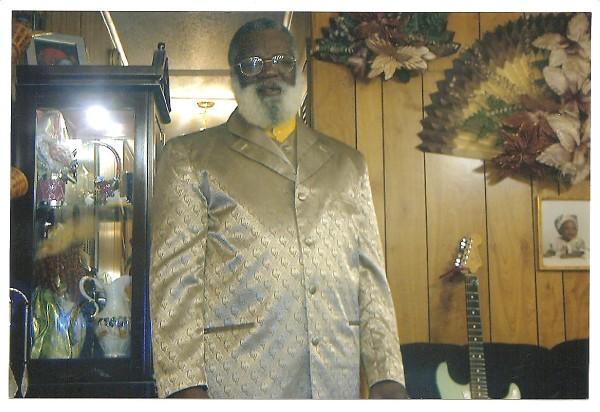 Bobbie Mercy Oliver aka Texas Blues King will be debuting his first tour of Europe beginning on April, 26,2012 in Warsaw, Poland.  He is looking forward to flying for the first time at the age of 72.  Bobbie will be touring many places in Poland and Berlin, Germany, until May 25, 2012.  Though he has not yet made the first trip overseas, he has been invited by another musician to return to Poland to tour with his band in September 2012.  We will give more details on the latter tour as the itinerary is delivered to Bobbie. I am saying us because as his manager, agent and wife I will be accompanying Bobbie on this tour.

This is an opportunity of a lifetime for any musician especially a self made musician playing harmonica, guitar and singing simultaneously. Bobbie has been booked in many different venues with know musicians such as, Keb Mo, Guitar Shorty, Marvin Sease, Blues Boy Willie, Honey Boy,  Pine Top Perkins,Willie Clayton,Whitey Johnson, Louisiana Redd and numerous other musicians throughout his fifty plus years as a striving Blues Artist striving to keep the Old School Blues alive. In fact while visiting the Blues Society’s monthly jams in Austin, Texas at Antwone’s Bobbie and Pine Top Perkins were the only two artist asked to render two extra numbers, this was one of the highlights of his career in music, meeting the great Pine Top Perkins. The schedule is posted at http://bobbiemercyoliver.com