Home
indie artists
From Bloomfield To The Big Time: A Rose Grows Into A Princess
Tweet Pin It

In her ever-evolving career, Anika Noni Rose has been a star of Broadway, TV and film, and a concert artist. One thing she never has been is the leading lady in a major motion picture. Until now.

This Friday, Rose — Bloomfield High School, Class of 1990 — crosses that threshold in a major way, sure to make her an idol and icon to girls worldwide. Rose provides the voice for Tiana, Disney’s first African American animated princess, in the musical fantasy “The Princess and the Frog.”

Rose’s career has been one of steady progress since graduating from the American Conservatory Theater program in San Francisco. She has played Maggie the Cat on Broadway in “Cat on a Hot Tin Roof,” won a Tony Award for “Caroline, Or Change” and shared an Obie for “Eli’s Coming.” She has starred alongside Beyoncé Knowles and Jennifer Hudson in the critically acclaimed film musical “Dreamgirls” and landed a major supporting role in the popular HBO TV series “No. 1 Ladies Detective Agency.”

But she takes nothing for granted: She auditioned three times to become Princess Tiana, eventually winning the role over such hopefuls as Hudson, Alicia Keys and Tyra Banks. Her vocal co-stars in the film include her “Cat on a Hot Tin Roof” leading man Terrence Howard and Oprah Winfrey.

Last Tuesday, 1 1/2 weeks before the film’s wide release, Rose presented a screening at Bow Tie Palace 17 in Hartford as a special treat to kids enrolled in the extracurricular arts program at the Charter Oak Cultural Center in Hartford. Rose, daughter of Hartford Corporation Counsel John Rose Jr. and his wife, Claudia Rose, is an avid supporter of the program, which provides 1,131 Hartford schoolchildren with free instruction. Rose also will be honorary chairwoman of Charter Oak’s annual gala on May 7.

Before appearing in front of a cinema full of four busloads of appreciative kids — and, after the movie, signing autographs and posing for pictures in the theater lobby — Rose sat down to discuss her career, her new role and her love for the Charter Oak center.

Q: When you prepared for “Dreamgirls,” you researched the role by studying Motown singers. How do you prepare for a role as an animated princess?

A: I researched New Orleans. I listened to a lot of music, the music of the time, the Jazz Age, which I love. I did a lot of reading on New Orleans. I called and spoke to a lot of people there to hear the sounds of New Orleans. I’d been there, so it wasn’t foreign to me. And then I just jumped in with both feet

Q: How is voice acting different from a live-action role?

Q: You can’t interact with the other actors?

A: No. Bruno [Campos, who plays Naveen, the prince-turned-frog] and I got to do two sessions together, which I don’t think were longer than 15 minutes or so each. They just wanted a little bit of improvisation, to see how we would bounce off each other. But I didn’t meet, speak or see any of the other actors during the process, and rarely him. It’s very personally organic.

Q: It seems like that would be difficult. If you don’t know how somebody’s reacting to something, how do you know how to react to their reaction?

A: You have a script there, and the script is telling you how they’re going to react, and what you don’t hear is the specifics of how they created what they’re doing. What I can do is to ask someone to read with me, if I need to hear them. Otherwise, it’s something we all used to do when we were 3; we just did it. If you watch a baby play, they create an entire world all by themselves. They don’t need us. They might say “come play with me,” but if you say, “No, baby, I don’t have time,” it does not stop them from creating an entire world. I think that’s sort of what you have to do. You just have to access your inner child.

Q: How did you get this role?

A: I auditioned three times. The first audition, I had maybe six pages of dialogue to work off of, and I brought in about eight songs because they said “Jazz Age,” and I said I don’t know specifically what you want by that, so I’ll bring you every song I have in my book. I probably sang about four or five songs. I wanted to make sure they had everything they needed to hear. They were really open to that. Usually you don’t have that much time. It was very interesting, because usually when you’re auditioning, you’re in there, whether they give you energy or not, you’re at least in the room with somebody. In this situation, if you’re me, they’re on the other side of that wall. You see the glass, and a little glowing, sometimes a silhouette, and you hear [imitates a microphone turning on], “That was really great, Anika, let’s go back to Page 3.”

Q: That must be a little spooky.

A: It is! It’s a very strange audition process. But you know, this is something I’ve wanted so long in my life; I’ve wanted to be a voice for Disney. All that weirdness didn’t really matter.

Q: When did you first realize you wanted to be a Disney voice? What was the movie you saw?

A: The first Disney movie I saw was “Fantasia,” and it grabbed me, and I loved it. I think “Bambi” was my next film, and then “Lady and the Tramp.” That’s a film I just adore. I loved the [singing, doing the head motions] “We are Siamese, if you please …” and Peggy Lee singing “He’s a tramp, but I love him.” I know when I saw “Fantasia” that I wanted to be one of those creatures, period. I was 2. It wasn’t like I recognized voice at that time. I wasn’t thinking, “I want to be a voice-over actor.” I just knew I wanted to be in that, without having the desire to be an actor at all. With each movie, they got me, more and more and more. I always did voices when I was a kid. I was terrible. I’d imitate people all the time. My mother was like, OK, we’d be in the mall, and she’d say, “Anika, if that person turns around, there’s nothing I can do for you.” I was imitating their walk; I was imitating the way somebody chewed gum; I would do people’s voices. I’ve always been attracted to voice and sound.

Q: Did you work closely with the animator [Mark Henn, who also created Ariel in “The Little Mermaid,” Belle in “Beauty and the Beast,” Jasmine in “Aladdin,” Pocahontas and Mulan]?

A: Yes. He is brilliant. Mark was there, a lot of the time shy. He would be behind the glass with the guys, the director and the writer, and he would come out; they would videotape me so they had my expressions and my actions. And then he and I talked at one point about what it is I was looking for. I said there were things I felt were important. As a young woman, I didn’t want her to look like some waif. I want little girls to see somebody who looks like she eats the food that she cooks. [Tiana is a chef.] That’s important to me. I asked if she could be left-handed.

Q: Why? What would be the difference if it’s animated?

A: Because I’m left-handed, and I know what it was like to be in an art class and to be handed scissors that only made the paper bend. They’re the wrong scissors. I know what it’s like to sit in a class learning to write and sort of have to figure it out on your own because nobody knows how to teach you how to hold your pen correctly or how to angle the paper so you don’t have all the pencil marking on the side of your hand. It’s not something that’s talked about in the film, but a child who is left-handed will notice. … That’s just a little subliminal “yeah, you.”

A: I wanted her hair to definitely be curly. We talked about her features: full lips and a little round nose. She was very distinctly herself. What I didn’t know was that she’d look so distinctly like me. [Laughs] I was like “Oh, my goodness!” That was a surprise, and a huge honor. They didn’t have to. That was not one of the things that I asked for. I was very moved the first time I saw her in color.

Q: How does it feel knowing that by the end of the year, many of those little girls [waiting in line to see the movie] will have your poster on their bedroom wall?

A: It’s really mind-blowing. I was in Disneyland, and I saw little girls from all different ethnic backgrounds in their Tiana outfits. … And I feel: What a testament to our time. How wonderful. I’m blown away every time a child comes to me wide-eyed and excited: “You’re Tiana!” It’s amazing to me, and it’ll be here when I’m long gone, and it’ll be a positive legacy to leave behind.

Q: Independent of artistic decisions, how is Disney as a career move?

A: Hopefully, it’s great. … More people know my name this week than they did even two months ago.

Q: You have a special fondness for the Charter Oak Cultural Center. Tell me about that.

A: When I grew up, my school didn’t have an arts program. People would come in and do things every now and then. But I feel like the arts are getting cut out of schools in such a strong fashion. I’m of the opinion that there is a direct correlation between the rise of violence in the schools and the doing away with the arts.

How are these children supposed to express themselves, if they’re not mathematicians, historians, scientists. … If life isn’t good at home, you can’t walk into class and say, “My daddy hit my mommy last night” or “I didn’t get to eat dinner last night.” So can you draw it? Can you dance it? Can you sing that feeling out?

When we take away a child’s ability to express, you cut off a piece of them, and you end up with a lot of bottled-up stuff. And this is just the children who have bad things happening.

There are other children who just have a wonderful proclivity for whatever it is, dance, music, song — writing, even. Again, you cut off a part of them. You don’t get fully formed young men and women. … [Charter Oak] takes these kids, many of whom are disenfranchised.

There isn’t a program in school that lights their hearts up, and it gives them that. 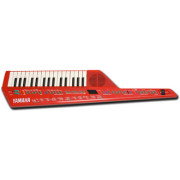