Garret Rein – I Have Always Wanted to be Heard 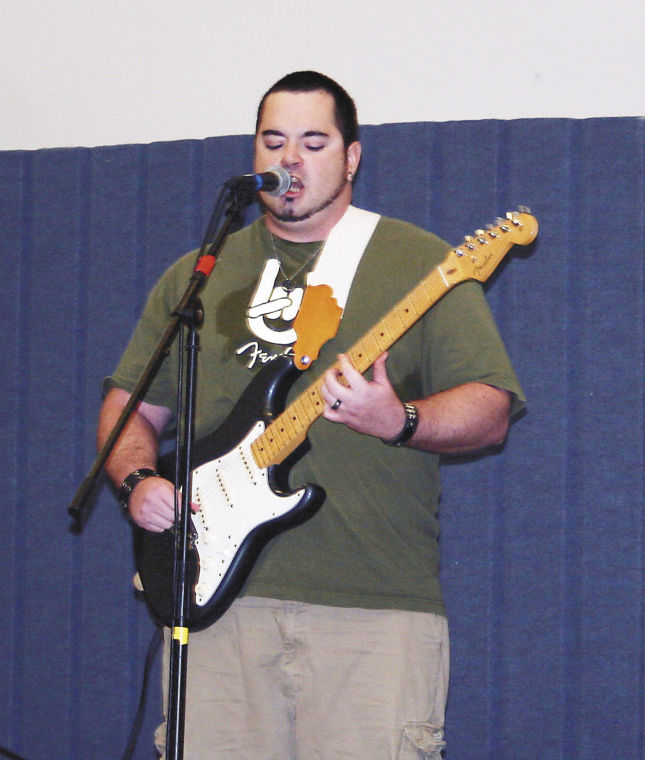 Let’s talk about that unique voice you have.  Have you ever had any vocal training or do you just sing?

Everything I have done as a musician, including singing is all self taught.

Is there someone that you model your singing style after?  Who influenced you?

As I began to sing lyrics to my songs, the only thing I sought out to do, was to sound like myself. As far as influences go, it is always hard for me to just nail down one. Here are a few, Nirvana, Pearl Jam, Metallica, Staind, Offspring…

Where do the ideas for your songs come from?

It could be a day of troublesome thoughts. Or I could be feeling inspiration to just want to write.

You’ve released one cd thus far and said that you have many more songs that you’d like to record.  What’s your biggest hold back or obstacle when it comes to getting your music recorded?

Money! I know it shouldn’t be those green dollar bills, but in today’s music industry and basically all over, you get what you pay for. If that means your going out and spending minimal amount on recording your songs, you may have some quality issues when it comes to submitting them for music publishers and labels. With that being said, you don’t want to be ripped off either, by some scam artist music producer who claims to have produced all the famous singers in Hollywood.

Lots of people face various obstacles from getting the other musicians to work with to having the money to get into a professional studio or for mastering.  How do you plan to overcome any obstacles?  Do you have a specific plan?

Right now my basic plans, is to save up money for next year’s full album recording in the studio.

A lot of folks start playing instruments when they’re young.  You started playing guitar when you were 18 and have moved forward with it very quickly.  Two questions – what was your childhood music experience like in terms of exposure, etc. and what brought you to the guitar?

My childhood was full of classic rock, pop, rap, and country. Most all different genres were played in the household. I would always hide in my room singing the lyrics and acting out air guitar. Growing up I never thought to try and play any instrument, but as the age of 18 hit, I became curious in learning how to play the guitar.

Is there a secret to learning so quickly?  Did you have a natural aptitude for it, or did your proficiency come through plain old hard work and sweat?

Honestly, I don’t think I had that natural ability like other musicians who started much younger. But what I did have and discover, is that I taught myself how to play my own power rock chords or barre chords as they are on the fretboard. Combining them into different rhythm sections to make a song complete. Either writing a song while playing a long or writing after I created the riff.

When your mind dreams about you and your music, what do you dream of?

My name known throughout the world as I strive to make an everlasting impact in the music business and as a composer.

You seem to be fairly aggressive when it comes to your musical career – which is great.  Where do you want to be a year from now and how do you plan to achieve that?

I want to get out and start performing again. I’ve taken time off to work more on my song structures and guitar playing. Learning new chords and writing new lyrics that appeal to the ear.

Who is your biggest supporter and what has their influence been on you?

I’d say my biggest supporter ever would be my wife. She helped follow my dream of moving to California and being close to the entertainment capitol of the world Hollywood.

You’ve gotten a lot of press this year – congratulations.  Somebody’s working really hard!  Do you have a manager or do you manage yourself?

Absolutely no manager. I have worked very hard the last 3 years on my own to promote myself. Gained many connections a long the way and many hours of research, taught me how to get past the threshold from the ever so changing music industry today.

How did the newspaper article come about?

I was actually discovered through twitter by my local newspaper. They wanted to do an interview and post the article with my photo in the ‘Hi Desert Star’. 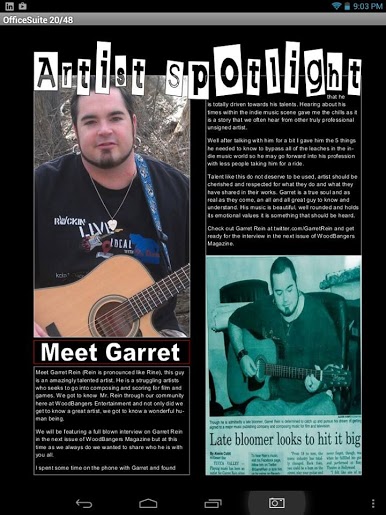 You are the solo artist Garret Rein.  Do you also work with other bands and other people?

I have played in smaller local bands sometime ago, but after moving to California, had no hopes of starting a new band. Although I did try to start one, no one stayed committed. Which lead me to becoming a Solo Artist. That could change in the future as a side project, but I will always write my own songs, in the hopes of scoring them in tv/film. I do work with other musicians to complete my songs with a back up band in the studio.

What do you look for when you work with other bands?  What makes you decide that you will work with someone or not?

Well as I said in the last question. Most of the time I have found people not to be reliable, when it comes to showing up for band practice and being wasted for that matter. Who will take you and your band seriously if your wasted all the time and get up on stage acting like a fool.

Tell us about the interesting (and attractive) tattoo on your leg.  What is it and what does it mean?

A green flame representing the trials and tribulations throughout my life. The obstacles I’ve had to overcome. My past as a burden. This tattoo signifies what has happened good or bad.

Music is emotion; it is feeling.  Which of your songs evokes the most emotion out of you and why?  Where does it take you?

Depending on what emotions you are wanting to feel. Each song you hear of mine, pertains to the listener, who is the judge of their own emotions drawing from memory and heart inside that particular moment of time. 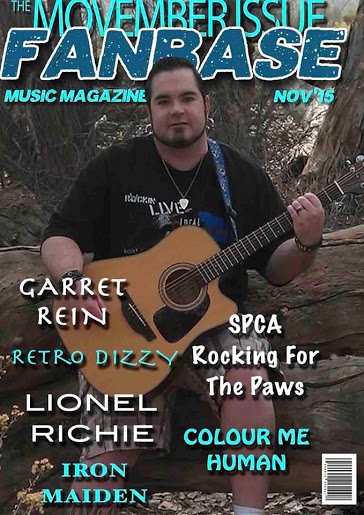 Tell us why you play, why you write, why you perform.  What does it all mean to you as the entity Garret Rein?  Give us your feeling behind your musical life.

I have always wanted to be heard. As a child, it was hard to voice opinions around my family. I felt alone and left out a lot. Which made music a big part of my life. Those lonely days in my room, really took a toll on my mentality. I needed an escape and finally found it later on in life through becoming a musician to a composer.

We always want to know what’s next?  What’s coming up on your agenda?

I can’t tell everyone exactly what the future holds, but my intentions are recording my first full album with all newly recorded songs and a music video by next year. The next step, signing with a record label.

Thank you for taking the time out to interview me!