Gina Cary has an entrancing voice that really digs into your soul.  But her skills are not just limited to singing.  She’s a writer and producer of her own music, a talent she’s developed over time.  As a lot of indie artists are doing, she’s started her own label.  It’s not just for her music though, it’s a family affair.  She took time from her busy recording schedule to answer a few questions for Indie Spirit Magazine.

Why did you start singing, how old were you and who inspired you to do so?

I was 8 years old when I began singing. I was inspired by my Dad who made me sing with him in church. Not out of crudity, but he saw something in me that I was too young to notice.  He set me on my musical journey.

As a youngster who was singing, what was your goal?  Did you have one?
As a youngster, I didn’t have any goals of singing professionally I just sang at school talent shows and other youth venues just for fun.
You have started creating and producing all of your own music.  You mentioned that 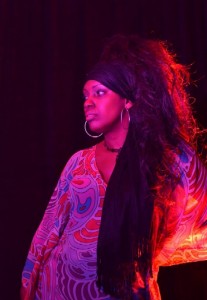 your husband was instrumental in getting you started with that.  How much of it were you doing for yourself before he came along?
I always wrote my own lyrics of all my songs from my first CD ” In His Time”. I love writing. I also had a small sequencer and digital recorder ,where I would frequently  experiment with production. I always wanted to produce my own music but I didn’t learn digital production until my husband introduced that software to me.
Are you open to have other people write songs for you?  Have you been approached by others?
Yes, I am open and yes, I collaborated with another song writer early in my career. That was my first CD ” In His Time” the song was called “Centered In His Love” . It was actually one of my favorite songs I enjoyed performing.
How long have you been married?  What came first, love or music?
I have been married for 3 years and music connected us. We became best friends first, then came love. He’s one of the kindest most loving husbands I could of ever have.
You seem to have a fairly full performance schedule.  Who does your booking and how are they able to place you in such a variety of places?
I book my own venues. I have been singing for many years and understand that you have to promote your music to the promoters and venues that you would like to perform. Sending out press kits and networking all contribute to your chances of being booked in great venues.
Do you perform with a live band or with tracks?
Both depending on the budget of the venue owner. I prefer live. 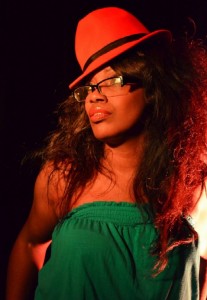 You’ve won a lot of contests.  For the benefit of our readers, please tell us why one would enter a singing contest or talent contest and what did you personally gain from participating?
I have never entered a singing contest for the competition of it. I hate to compete with anyone for anything. I’m not the competing type because I believe that God gives us all unique gifts to share. However, my reasons for entering in the past was to share my gifts. It was another opportunity to simply sing. I love singing. I didn’t care if I won or not. I was just grateful for the opportunity to share.
Recognizing that you won some sort of prize when you won contests, tell us what did you gain on the inside?  What did it do for you?
I felt grateful to God for His blessings. I never thought I would win. At the same time my heart was to encourage those who didn’t win and to let them know they are just as amazing!
Gico Music is your own record label?
Yes
Why did you decide to start your own label?  What are the benefits of owning your own versus being signed with someone else?
I took my own career in my hands and started my own label for freedom and independence. Being an independent label owner allow you the opportunity to call the shots for your own career. Although majors have the financial strength to distribute your recordings to a greater audience and take the financial and marketing burden off of the artist , I am a little different on this issue, as I am a person who doesn’t care about fame or fortune. Never have I ever sought after those things.I simply could care less about the Hollywood lifestyle. I’m simple.  I sing because I love to sing and touch people through my testimony through life. I want to give back what God has so wonderfully intrusted in me. Have I had opportunities? Sure – but I have turned them down.  I am terrified at the thought of someone controlling me at the expense of my soul and fame. I will not do it.  I feel it is so much more rewarding  to have my own hands on my career and work hard.I want God’s will to be done in my life. That has always been my plan and will always be. In no way am I knocking those who have chosen another path. Everyone has to do what is best for them but for me, being independent is so much more rewarding. I love it!  I am a person who loves people and being an indie affords me the opportunity to mix , mingle hug and love on those who support my music. Wow! what a blessing to have that opportunity! I wouldn’t trade it for anything! Love it!
Your label currently has three artists, including yourself.  Do you have plans to expand your list of artists?
No. I have no plans of expanding. I initially created Gico Music as a label to release my own recordings. When I met my husband, he also used the name Gico Music for his recordings and I recently produced a single for my son who also uses the Gico Music name.  However, no one is signed to Gico Music.  We’re all free agents.
The days of a label providing everything and fronting everything financially are gone 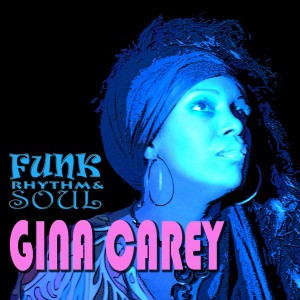 for the most part.  As an independent label, what does Gico Music do for its artists?
Gico Music is a label I created to release my own recordings.  I will not be opening Gico Music up for signing other artists. It is not that type of label. It’s more of a family business.
Gina, tell us what’s next for you as an artist, as a label owner and as being Mrs. Carey.
September 28th is the release of my new CD ” funk Rhythm & Soul”. http://youtu.be/HJDrhWHW3tY October 5th I will celebrate the release by performing a free live concert. After that, enjoy my family and my holiday. I will get back in the studio for my 11th CD in January : )

The buy Link to CD Baby will be http://www.cdbaby.com/ginacarey18