La Veda, Miami born, international songstress on the Indie artist trek to success. This writer producer, actress, model Released her debut LP “Sticky/Foreplay” in 2010. Following up with 2011 Ep release “I Love You” then her 2013 release “Let Love Happen”.  She tell 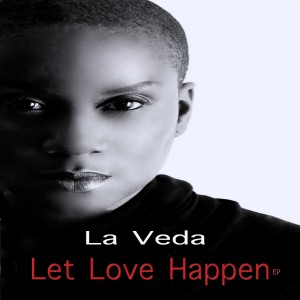 Describe you what music is to you.

Music is a powerful healing source. It feeds the soul. When mere words fail, a song created delivers the emotion. Music soothes my soul.

Tell us who La Veda is in relation to your art.

A day doesn’t go by when there isn’t a need to compose a song, or write a poem. I have been artistically inclined since I was a small girl. Music and art flowed early on in my childhood. My father exposed me to his eclectic taste in music; and my mother was a self taught painter.

If given the chance, my wish list would be to collaborate with Sade, Naked Music, Ananda Project, Vitker Duplaix, Black Coffee, Ralf Gum. I could go on. The list is very long.

How do you keep your mind set on achieving your dreams?

It is pretty easy to stay focused on what I want in regard to my music. As my father used to say to me, “Massage your dreams everyday”. There are always recordings to complete. Submissions to send out, refreshing websites. There is always someone new to establish a relationship with. The process and effort it takes to build a brand is endless.

What’s the best thing that has happened in your career thus far?

The 4 best things that have occurred so far in my career, were collaborating with Tricky for (“Devil’s Helper”). Being included in TRACE magazine’s “Women In Music”; the release of my first full length CD (“Sticky/Foreplay”), in 2010, and the release and response of my singles (“Speechless”) and (“Let Love Happen”), released in 2012.

Who has been your inspiration?

What advice do you have for others on this path of music?

Any advice I could possibly share with others, embarking on their musical path, would be to listen to their spirit. Don’t compare your trajectory with anyone else. Learn as much as possible. Have fun with the journey. Learn to say no. Don’t be afraid to make mistakes. Have a clear vision of what you want, and how you want your path to unfold. Be flexible and don’t have anything set in stone.

How does it feel being on stage?

Maybe because I have been on stage since I was 4.; it is very comfortable and easy for me. But I don’t take that for granted. I don’t experience any discomfort. There is always excitement right before a live performance.

How do you prepare?

Meditation helps a great deal. Drinking certain teas to soothe my throat, and warming up my voice makes a difference.

How would you change the world?

How would I change the world? The only way that change can occur is that I continue to change my perception, and approach to living my life. Releasing old habits. Staying in the present.Continue to write positive and healing lyrics. To remember how blessed I am. Being good to myself. Hopefully those things that I do for myself, encourages a domino affect in others. You never really know how, when and who it is affecting.

How would you change the music business?

How would I change the music business? The business of music is changing, thanks to the internet. The unfolding of all this change has been a great opportunity for us to create our brand the way that suits us. We have a lot more input. That is power.

How do you stay relevant?

How do I stay relevant? Oh…I don’t know. Hopefully by keeping things simple and including different influences in my writing. And what producers I collaborate with. I think those elements are key.

On Fashion and style

Elegant Soul is something I have heard over the years, that describes my both music and style. I will take that!!! I follow fashion, but ultimately I create my own style to fit my mood. Pulling from high and low.

I was always told that I wasn’t pretty enough back then, when I was interested. I was either too exotic, for them and my nose wasn’t straight enough. I refused to get it surgically enhanced. My modeling highlight was a 2 page spread in Italian Vogue (1994) for Alberto Biani pants. I was invited to Milan to be in the show, then I went to Paris to do some House modeling. I managed to work for designer Bella Freud, her father is the famous painter Lucien Freud.

I did commercials in Miami, was on Miami Vice twice.

I did a couple of independent films, Fallen Apple, I had a principle roll as a psychiatrist and Single Hill, I played a telephone operator. I’m performing in the upcoming film “Hood Dreamz” as myself.

I hope to return to acting this year. Especially theatre.