Michael Emmet Green is “Back in Them Hills”

Music is being created absolutely everywhere – even in the Ozark Mountains in Arkansas, USA.  That’s where Michael Emmet Green is living now.  He retired and relocated to “simply things” and is putting “more effort into his love of music” and the creation of music.  He’s reached out to friends in other states and even a singer from England to add their touch to his songs.  He calls them his “internet band.”  His conversation with us follows:

What are you doing in the Ozark Mountains in Arkansas? What brought you get there?

Just felt like I needed to simplify things. So I sold my house in Roseville, California and took an early retirement. Payed everything off and moved back to Cedarville, Arkansas. Just worked odd jobs here and there, just to stay busy, tried to put more effort into my love of music, and my songs that I finally started to finish. Last count was about a hundred or so. Spent a lot of time learning about recording as well.

What is the music scene like where you live? Are there performance venues and lots of musicians?

A lot of music, but it is spread out over the area. From Fort Smith to Springdale. Many small clubs and halls in each and every town in between. There are several large venues as well. There’s a large amphitheater right on the Arkansas river in downtown Fort Smith that is really cool. http://www.wakarusa.com/. Wakarusa is an experience that was created by music lovers, for music lovers. Four days, six stages, over 150 acts, nearly 200 sets of music; never corporate, always progressive. Forever, your home away from home. Walmart just built a ten thousand seat stage up north by Springdale way as well. 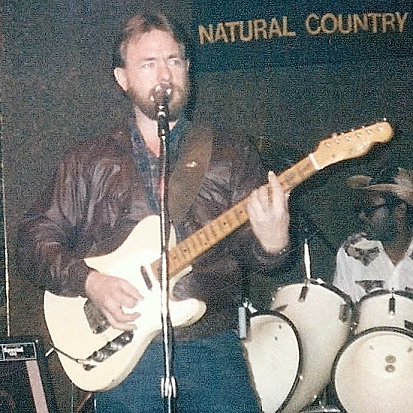 What instruments do you play and what led you to them initially?

Learned on an old Lyle acoustic. I think I payed a hundred dollars for it. My first electric was a Gibson ES335, loved that guitar. But I needed something with a little more twang, so been playing mostly Telecaster’s every since. I also play Bass, Banjo a little, and some chords on the keyboard (not really sure that qualifies as playing though). After the acoustic, everything else I learned to play out of necessity. Like when I played in a Christian Rock band, I had to learn to play bass, cause the guitar player was much better than me.

How long did it take you to learn how to play the guitar?

Ha! I’m still learning. Since I do all the guitar work on my songs, I’m always having to learn something new with each and every new song. I’m not sure I’ll ever stop learning.

Where do your singing skills come from? Did you just start singing naturally as part of your musical life process?

Probably like most folks, started singing along with the radio in my first car. Then sang backup in a few bands that I was in. Would sing a song here and there on occasion. Now I find that I really enjoy it. I got to have a guitar in my hands when I’m singing though. Took me a long time to evolve as a singer, still a bit nervous when I first start out.

You said that these days you’ve settled into mostly writing and recording. Give us some insight into what you’ve done throughout your musical career.

Started out playing bluegrass and old country western music right out of high school. A family down the street kind a took me in and taught me by letting me play along with them every weekend. I played in a few country bands and a Christian rock band over the years, but work and family kind a got in the way of that, which was fine back then.

Why have you “settled” on writing and recording versus performing, touring, etc.?

Like I said earlier, I kind of like the simple life here in the hills of Cedarville, Arkansas. Bands are really pretty stressful and hard to keep together. Hauling your equipment around all over, sleeping in not so up to par motels. And no one does it for the money, that’s for sure.

You indicated the genre of music that you do as “Southern Rock.” How would you describe what that is in word?

You are working on a new cd. What’s the title of it?

What is the theme of the cd? 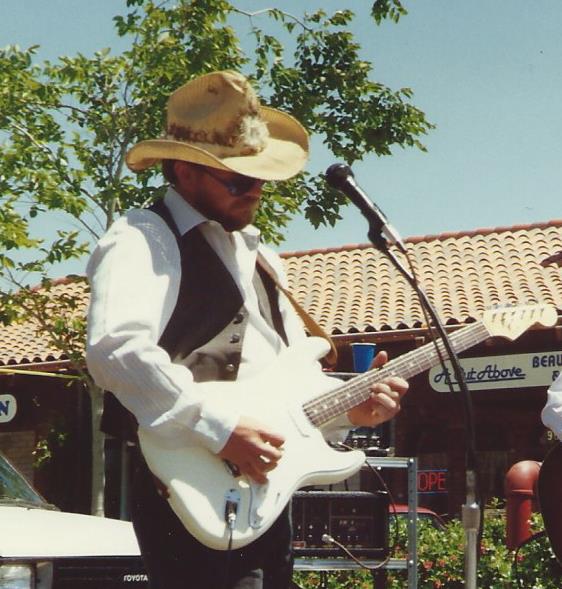 What is the focus of most of the music you write? Do you lean toward writing about certain topics or are the concepts varied?

Whatever pops into my thought pattern, mostly, old memories, or things, lost loves, things I’ve done or seen. So probably would say varied.

This upcoming cd is going to include “help from friends far and near.” Give us an idea as to what areas the people are from that you are working with and what kind of contributions will they make to your music?

My good buddy Ms Sarah Mason has helped me on many projects. Her backing vocals really blend well with mine. Like on, “Seems Like I Need You”, and “It’s Too Much (too much to ask)”. She is an awesome artist in her own right. What a sweetie. She lives in Ramsgate, England. And is a member of Reverbation.com as well.

My musical friend Richard Keener and I have worked on many projects together. Richard did some vocal backing tracks on this album. And is from Antioch, Tennessee. He as well is a very good singer, writer, musician.

Then there is George Hopkins over by Dallas Texas way. George did some keyboard work on the CD. My ex bandmate.

Dan Henry who lives here in Cedarville, Arkansas as well was king enough to help with some backing vocals as well. Great singer as well. Used to do a lot of shows around the area.

On ReverbNation, 50% of your sales go to the Fender Music Foundation. Why did you pick that particular charity?

The Fender Music Foundation is a music charity funded by people who want to strengthen the state of music education. People who believe music is an integral part of society and want to make music more accessible to everyone. And Reverbnation makes it easy for us to set this up right on the site.

Are you satisfied with yourself musically?

Satisfied! No. Happy that I ever picked up a guitar, Very. I love making music. 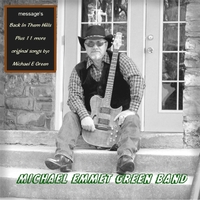 That’s a real good question. Maybe start playing out again, I cannot rule it out, that’s for sure. There are so many places all over this country that one can play at if you wanted to. Reverbnation gives members up and coming venues and events all over the country.

Another CD? perhaps. I know one thing, I’ll keep playing and learning as long as the Man upstairs will let me.

P.S. Just got confirmation that CDBaby.com has released my Back In Them Hills CD in digital distribution all over the world, and in their retail store as well. Should take about a week or so for the retail availability. Just look for the Michael Emmet Green Band. The CD is titled, “Back In Them Hills”.