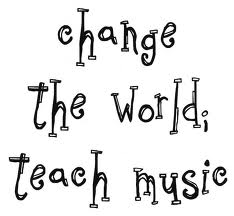 Ricco Dawson is an educator. He has spent the last several years working with children teaching them about music. They are getting the basics of music theory and rhythm in addition to being exposed to genres of music they’ve never heard before. The urgency is in helping children understand what real music is. It is created the spirit that flows through human souls via instruments – not computers and keyboards that generate mechanical, generic loops and beats. The younger generations are missing the essence and soul of real music because what is fed to them through the mass media is a trimmed down and dumbed down.

Ricco is also a musician, songwriter, composer and an artist. We honor him for sharing his life and skills with our children. Through his efforts and the efforts of people like him, we can raise the planetary vibrations by bringing things back to their organic roots.

What age groups are you currently working with in the school?

The age groups I’m currently working with are ages 5-11.

Are the children in your class because it is a requirement or do they elect it?

At the elementary level it is a requirement.

Do you find that children are interested in learning about music and music theory? 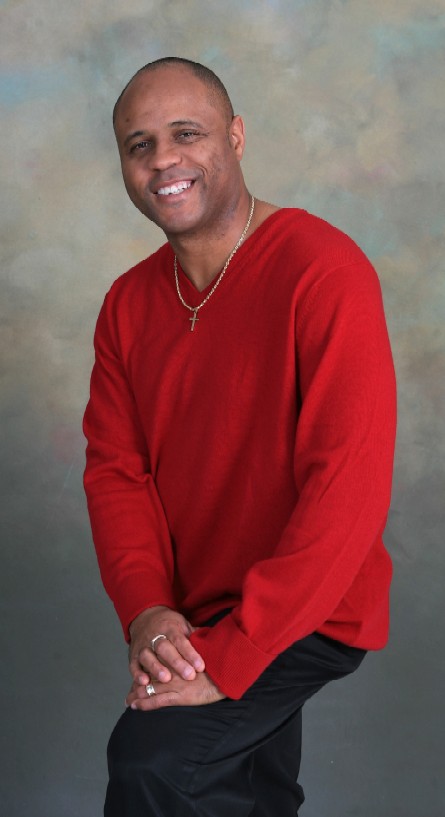 You mentioned that a lot of the children only hear today’s popular music that is on the radio (if you could call it music), you expose them to real music (created by real instruments) from a variety of genres. What are some types of music that you’ve exposed them to and what is their response?

This past week I introduced them to the “Olympic Fanfare,” a Bluegrass Country song titled “Rocky Mountain” and since this past Friday was the beginning of Black History month, I begin to introduce songs such as work songs that slaves sung while working in the fields, also Negro spirituals and jazz. I was pleasantly surprised to hear that some of my students have been exposed to different genres by their family.

As a music educator, what do you hope these children come away with for themselves musically and intellectually?

As a music educator I hope my students gain a greater appreciation for basic musicianship. It will also enhance their cognitive and creative thinking.

You are also a choral director. What is the age group and what are some of the musical skill levels of the students in these choirs? (i.e. Do they know how to read music; can they play instruments, etc.)

I was recently assigned to the current elementary I’m teaching them the basics. I’m learning the students and capabilities. Last year I was the choral director at Rocky Mount High School in Rocky Mount, NC. Although those students were talented were behind in their basic musicianship due to reasons unknown to me, each middle and high school had didn’t have both a both band and chorus. Students who attended schools without a chorus didn’t have an outlet to nurture their talents. Our current superintendent (Dr. Anthony Jackson) is insuring that the arts aren’t lost in the shuffle. They have incorporated a strings teacher at some of the middle schools and high schools.

You teach in an urban school which is predominately African American. What are some of the differences in terms of musical instruction offered at your school and another school that has a largely caucasion population?

At my school I have a lot of musical resources. The only difference is that we don’t have real

instruments such as clarinets and strings. For example, my niece who is in the fifth grade, last year was introduced to the violin as a fourth grader. She played the violin all of last year. She is now playing the clarinet. My niece lives in Spanaway, WA. Their focus in that school district is to introduce the instruments at the elementary level. She, of course, goes to a predominantly white school. The experience with those instruments will certainly help her with development in the arts.

What do you believe is the solution to getting the young generation to get into real music and real instruments?
The solution to that problem is two-fold. The first part of course is the educational component. As music educators from elementary, middle and high school, we must continue to strive for excellence for basic musicianship in our students. When I was the choral director in high school, I would correspond with college music educators to see what concerns they had about high school students auditioning to enter the music programs at various universities. Their main concern was that some did not have music theory students as their schools only concentrated on performing. When they auditioned, they weren’t as proficient as they should have been in sight reading or theory. While I was at Rocky Mount High, I focused a lot on theory considering there hadn’t been a choral program in about twelve years, so there was a lot work in that process.
The second part of the equation is the music industry itself. These record executives have to stop signing these artists who have no musical talent, they are only being signed because they sex appeal – which is a gimmick – because eventually attributes will soon fade away no matter how much you nip and tuck your body and after that was left. That is why a lot of the artists today are here today and gone tomorrow. They have no sense of real musicianship and creativity which will allow them to have longevity in the music business by being able year after year produce great recordings that will stand the test of time.
Technology in the music has been a blessing and a curse. The blessing is that it enables you to do some wonderful music that will further enhance the listening quality.
The curse is that it otherwise allows people to produce music who wouldn’t have the opportunity to so in the past because they weren’t musically inclined. Technology has allowed “so called” producers to be able to enter into the area of production because they know how to piece things through sequencing and sampling. The producers of the 60’s, 70’s, 80’s and 90’s understood the process of making music because they understood such as basic musicianship, theory and talent. You had to know how to play an instrument or sing to do it, but it’s not like that now and the state of music has suffered. The decline of CD sales is directly related to not enough great material of a project. The consumer feels like they’ve been robbed when they buy a CD with 15 songs on it and only three songs that are worth listening to. That is why the consumers are gravitating toward buying digital singles instead of an entire project.
Back in the day when an artist began to work on a recording project, he/she were afforded the opportunity to take their time so they will be able to bring forth a possible power-packed project from top to bottom. The record companies now want you to put a project quick and fast which takes away from the quality of the project. Sometimes putting a project that represents who you are as an artist isn’t that easy. You need time to be able to put together the best project possible.

As an artist, who are some of your favorite artists to listen to and why – if there’s a reason other than the music is great?

I don’t have any favorite artists.

How did you get started on a musical path and what kinds of things have you done?

I actually begin my journey musically at the age of eight. My brother, cousins and I would be the musical entertainment for our family gatherings. My real passion for music grew when I was in the military. One of my army buddies had a little studio set up in his room. We would go in there and create. I begin to write songs at the age of nineteen. My first song was titled “To Be with You.” We recorded it, but we were ignorant to the process of what to do with the songs afterwards.
I wrote, arranged, and produced five songs that were performed by my elementary students during 2001 as a tribute to the military as well as the victims of the twin towers terrorist attack in New York City.
Here are some of the other things that God has allowed do in wonderful musical journey:
· 1995- a member of the R&B group “Next Episode” while in college. I co-wrote two songs for the group (A Lonely Night, You’ll Never Find Another Love Like Mine). “You’ll Never Find Another Love Like Mine was one of the songs recorded for ECSU’s compilation CD, “Check The Resume” Vol. I.
· After graduation worked as an intern for an independent record label.
· 1998- I participated in music conference sponsored by North Carolina A&T’s radio station. I showcased at the Philadelphia Music Conference.
· 2000- I co-wrote three songs that were placed on a local underground CD titled “Goldsboro 27530”.
· 2001- I begin to teach music education in the Wayne County Public School system. During that time I wrote, arranged, and produced five songs for my students to perform as tribute to the military and the victims of twin towers terrorist attacks. I co-wrote and sang background on R&B artist Richard Ashe’s single “Take Our Time” off of his debut independent CD “Anticipation”.
· 2006- I begin to write and produce a contemporary gospel CD titled “It’s Time”. I begin to produce songs to pitch to the record companies and music publishing companies.
· 2011-present- Music educator in the Nash Rocky Mount School system. I co-wrote, arranged, and produced a song titled “Dream The Impossible Dream”, which was performed by the Rocky Mount High School chorus.
· 2012- I conducted a songwriting workshop at the Southeast Urban Music Conference in Charlotte, NC.
· Summer of 2013 – I’m tentatively scheduled to teach a summer course at Wayne Community College titled “Music Business 101”.

Have you met obstacles when it comes to working with other people on collaborations? If so, what were some of the things that got jammed up?

In the beginning I would meet people who said they wanted to collaborate, but it would be time to get together and record, there would always be something to keep them from being available or from actually doing the work. Most of the people I met were not serious about the music process.

You are a songwriter and composer. What have been some of your musical successes?

One of my most memorable moments was when my students performed the concert in 2001. To see and hear what you envisioned when you begin to write song to be performed just how it was supposed to be was awesome. While I was in college to hear the songs I recorded getting airplay on our school radio station.

What is your own personal goal as an artist? What are you trying to accomplish?

My personal goal is to be able to write songs that will show the goodness of God and that will inspire people in a positive manner. I would also like to for an upcoming artist as well as an established artist to record my songs.