Home
Bands
Taking You Back to Mandrill
Tweet Pin It

This information was reprinted from the Band’s webpage.  We hope to give our readers (especially our young ones) a taste of real music.  We invite you to learn more about this fantastic band and their music.

MANDRILL came “outta da bush” four decades ago pushing the musical envelope with a hard-driving combination of heavy horns and heavy percussion deftly layered on a complex mix of Funk, Jazz, Latin, R&B, Rock and Afro-Caribbean sounds, pioneering a genre called “World Music.”  This cultural “mash-up” is a staple of the industry today but, because of their innovative work, Grammy Award-winning MANDRILL commands enthusiastic adoration from supporters around the world who have been touched by the “Mandrill Experience.” 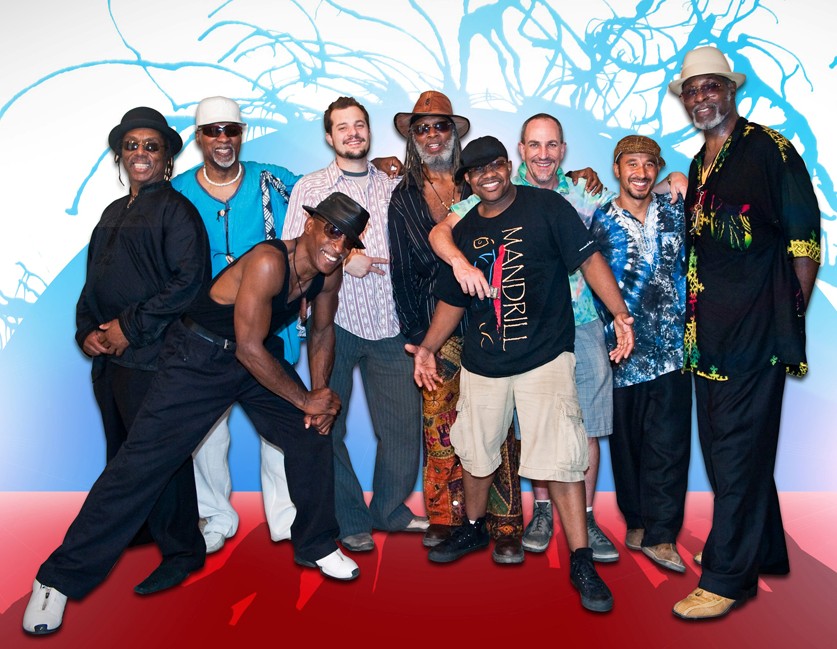 One of the most sampled groups today, a new generation of younger fans is appreciating the power and artistry of this band.  Their distinctive sound is found in Eminem‘s “On Fire” (from his Grammy Award-winning CD Recovery), Kanye West‘s “Two Words” (from his Grammy Award-winning CD College Dropout), Snoop Dog‘s “Cold Game,” Brandy‘s “Talk About Our Love,” Black Eyed Peas‘ “Weekend,” Wyclef Jean‘s “You Say Keep It Gangsta,” Tweet and Missy Elliott‘s “We Don’t Need No Water,” Floetry‘s “Have Faith,” Nas‘ “U Gotta Love It,” Shawty Lo‘s “Dey Know,” KRS One‘s “For Example,” Kindred‘s “If I,” Public Enemy‘s “By the Time I Get To Arizona (dubbed ‘hip hop’s anthem’),” and more.

MANDRILL’s musical and lyrical message is positive, uplifting and purposely brings people of all races, genders and ages together. “Peace, Love and Justice is our mantra,” say the founding Wilson Brothers.  “It’s always an Agenda for Healing.”  To that end they have performed extensively throughout the world.

Mandrill Live At Montreux (DVD/CD), their only live recording, was done in Switzerland at the esteemed Montreux Jazz Festival in Stravinsky Hall and includes the hits “Fencewalk,” “Ape is High,” “Mango Meat,” “Hang Loose,” “Git It All,” “House of Wood,” “Peace & Love,” etc.  In addition to the 90-minute concert, there are interviews, behind-the-scenes footage and a photo gallery in the package available at www.mandrillis.com/store-2.

Their most recent project, “A Brotherhood Reunion Concert,” took place at the historic John Anson Ford Amphitheatre in Hollywood, CA and featured the melodic strings of the Inner City Youth Orchestra (in keeping with Mandrill’s mission of cultivating young talent) along with guest stars the Lowrider Band (original songwriters/singers of “Cisco Kid,” “The World is a Ghetto,” “Slipping into Darkness,” etc.).

Hailing from the Bedford-Stuyvesant area of Brooklyn, New York with deep roots in Panama, MANDRILL was formed in 1968 by the Wilson Brothers Lou, Ric (Doc) and Carlos, and later joined by brother Wilfredo.  They now perform with the sons of Lou and Carlos, The One Sun Lion Ra and Jadiem. This family of multi-instrumentalists is currently fueled by a band of superbly talented musicians including Marc Rey, Keith Barry, Stacey Lamont Sydnor, Derrick Murdock, and Eli Brueggemann.

MANDRILL’s first three albums were recorded at Jimi Hendrix’s Electric Lady Studios in New York’s Greenwich Village.  Their reputation as a “World Music Group” and “Champions for Peace” began with their self-titled debut album, which contained the epic composition titled “Peace and Love.”  This amazing suite was performed by the group accompanied by the Symphony of the New World, an 80-piece orchestra, and a 200-voice chorus to a Standing Room Only audience at Philharmonic Hall in New York City.

During this momentous evening, the president of Polydor Records presented MANDRILL with a platinum album for their participation, with Aretha Franklin and other musicians, in the creation of a recording for the United Nation’s UNESCO that raised funds for children and international refugees.

Their sophomore release Mandrill Is contained the single “Get It All” and the cosmic anthem “Ape is High.”  The third album, Composite Truth, released in 1973, propelled MANDRILL’s popularity around the globe with their jam-heavy funk rhythms encapsulated in the song “Fencewalk.”  Their freewheeling approach influenced peers such as Parliament-Funkadelic, Earth Wind & Fire and others.  As their popularity grew, so did their appearances on all of the major music TV shows.  MANDRILL performed on both of Don Kirshner’s series, In Concert and Rock Concert.  On numerous occasions they appeared on Soul Train with Don Cornelius, Midnight Special with Wolfman Jack, Soul! with Ellis Haizlip and Like It Is with Gil Noble.

In the late 70′s, after recording a pair of albums for United Artists Records, Clive Davis signed MANDRILL to a million dollar contract with Arista Records.  Hits like “Can You Get It,” “Funky Monkey,” “Too Late,” “Getting In The Mood,” and “When You Smile” followed as MANDRILL experimented further with fusion and disco influences while staying true to their signature hard-core funk.  MANDRILL was intimately involved in creating the music for the Columbia Pictures biopic The Greatest starring Muhammad Ali.  “Ali Bumbaye,” MANDRILL’s bush-flavored jam, drives all fight scenes in the movie.

During the eighties, MANDRILL created and contributed music to the Paramount Pictures cult-classic movie The Warriors (“Echoes in My Mind”) along with Joe Walsh of The Eagles and others.  Ric (Doc) worked as an Internal Medicine Specialist and Invasive Cardiologist in Southern California as the Wilson Brothers concentrated on writing and recording in their Hollywood Hills studio while performing intermittently.

They also signed with Montage Records, a subsidiary of Capitol Records in Los Angeles and one very powerful album, Energize, was released from that union.  Since the 90′s, MANDRILL continues to tour the U.S. and abroad.

MANDRILL has also shared the stage with legendary artists like Duke Ellington (who personally chose them to join him for a sold out concert at Philharmonic Hall in New York City), Miles Davis, Stevie Wonder, Ike and Tina Turner, James Brown, Leon Russell, Eddie Kendrics, Michael Jackson and the Jackson Five, David Bowie and others.

MANDRILL was featured on the cover of the globally popular Wax Poetics magazine (Summer 2007) and on multiple covers of the British rock magazine Blues And Soul.  Sirius and XM Satellite Radio have both done current features on MANDRILL as well as past documentaries. Voice of America aired a television interview special on the group and BET did a one-hour concert special featuring footage from the Mandrill Live At Montreux DVD.

MANDRILL is prominently featured in the documentary Electric Purgatory: The Fate Of The Black Rocker and is mentioned in the Rolling Stone’s Encyclopedia of Rock and Roll.  You can also read about the life and times of MANDRILL in Jim McCarthy and Ron Sansoe’s Voices of Latin Rock: The People and Events That Created This Sound (foreword by Carlos Santana) published by the Hal Leonard Corporation.  Music icon Clive Davis references MANDRILL in his best selling book, Clive: Inside the Record Business.

The group’s social activism includes two campaigns:  one to preserve the rain forests and the other to save the West African MANDRILL (its namesake) that is critically endangered due to habitat encroachment and poaching. In appreciation for their efforts they were invited to the Hanover, Germany zoo and they continue to support Dr. Cathleen Cox, International Primate Specialist, at the Los Angeles Zoo as well as other wildlife societies throughout the world.

The Wilson Brothers and MANDRILL are currently in the studio completing their new recording and preparing to take the “Mandrill Experience” to the next level of musical excellence.  They wish to thank their loyal fans for the tremendous love and constant support over the years.

Sent to us by Brian Willows – who is an artist in his own right and has a thing for REAL music.  Thanks Brian!  Do remember that we want to feature you also when you have the time!  – George 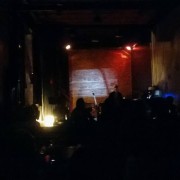