I chose Brook Benton because I have an emotional attachement.  Yes, I remember “A Rainy Night In Georgia,” “Think Twice,” “Revenge,” “Frankie & Johnny” and more.  My Dad would play his music freqently.  And, I recently found out that Brook Benton was my mother’s favorite.   We just celebrated her 87th birthday and Book Benton’s music played for the duration of the gathering.

From Wikipedia, a little of his history: 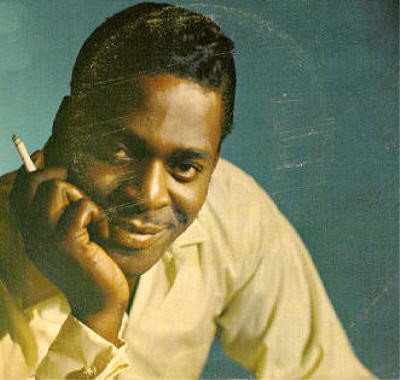 was young he enjoyed gospel music and wrote songs. So in 1948 he went to New York to pursue his music career. He went in and out of gospel groups such as The Langfordaires, The Jerusalem Stars, and The Golden Gate Quartet. Returning to his home state, he joined a R&B singing group, The Sandmen, and went back to New York to get a big break with his group. The Sandmen had limited success, and their label, Okeh Records, decided to push Peay as a solo artist, changing his name to Brook Benton, apparently at the suggestion of label executive Marv Halsman.[1]

Brook earned a good living writing songs and co-producing albums. He wrote songs for artists such as Nat King Cole, Clyde McPhatter (for whom he wrote the hit “A Lover’s Question”), and Roy Hamilton. Soon he released his first minor hit, “A Million Miles from Nowhere”. Later he went on to the Mercury label, which would eventually bring him larger success. 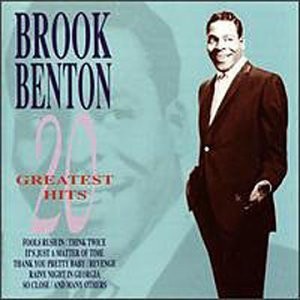 He also recorded his own version of “Take Good Care of Her” in 1962. In the mid- and late 1960’s, Benton recorded for RCA Records and Reprise Records with minimal commercial success. In 1969 he signed with Cotillion Records, a subsidiary of Atlantic Records, where the next year he had his last major hit with “Rainy Night in Georgia”.[3]

Benton eventually charted 49 singles on the Billboard Hot 100, with other songs charting on Billboard‘s rhythm and blues, easy listening, and Christmas music charts.[4] The last album made by Benton was Fools Rush In, which was released posthumously in 2005. At one point he was recording on Groove Records.[5]

One thing these stories don’t tell you is about his own personal struggle.  They don’t give you an insight into the mind of this artist and they don’t tell you what he went through to do what he did and to be as gifted as he was.  Also, the fact that as an African American and a male African American at that, he had to go through some of the most amazing discrimination.  He lived through a volitary and revolutionary time in America’s history.

How sad for me to realize that this man was alive during my lifetime.  When my Dad played his music when I was younger, I just assumed he was listening to someone who had already passed on, but no.  Brook died from complications from spinal meningitis in Queens, NY, at the age of 56 on April 9, 1988.

Share his music with young people so they can hear at real master!