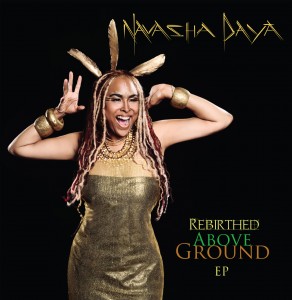 This EP marks her debut of total control, being behind the wheel, delivering her artistic expression just as she wants. You’ve seen pieces of her, but now all of which is her is coming at you in full force. She’s in full bloom and keeping “healthy boundaries”.

I sat down and talked with Daya for more hours than we initially planned. Navasha Daya is a lot! I’m just putting it out there now. She’s been through the storm and came out being the rainbow. This new chapter of her journey is just the beginning. 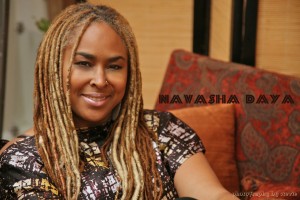 Navasha shined as front woman and founding member over the a last decade for the now defunct soul/jazz group, Fertile Ground. As a member she rightly has her place in history of independent music as one of a fore-mothers to the movement, along with Ledisi, N’dambi, and Julie Dexter.
Daya has performed throughout the world and has shared the stage with soul, jazz and hip hop musical greats such as, Hugh Masekela, Angelique Kidjo, Chaka Khan, Rachelle Ferrell, Erykah Badu, Jill Scott, India.Arie, Bilal, Common, Zap Mama, Earl Klugh, Joan Baez, Michael Franti of Spearhead, Run DMC, Anthony Hamilton, Roberta Flack, Ndambi and Cassandra Wilson. 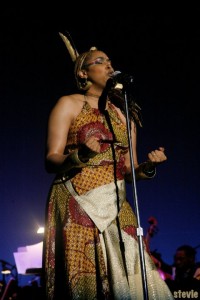 Navasha not unlike her stage presents steps in to the room and the sun is instantly shining. “Singing and healing” is what she does, conscientiously uplifting humanity. This vegan beauty loves soul food and soul music, she is in-tuned with being healthy in life. Folks have been known to leave a Navasha Daya concert totally renewed. Her singing, teaching and healing all go hand in hand. She speaks freely and lovingly of the ancestors, the masters of music which she has studied such as Manu Dobango, Miriam Makeba, Diane Reeves, Bob Marley, and Phyllis Hyman. She trained her voice listening to Rachelle Ferrell.

She’s defines success as “feeling joy in every moment.” After years in the business she has finally found her joyful moments.  Now for the first time we will be treated to all which is truly her.

Her first solo project starts with“Iwapele” meaning gentle character taken from the Holy African scripture of the Yoruba. A smooth groove that will have you swaying and rocking your neck (that’s right I said your neck) to the music. The EP ends with a heavy guitar rock number called “Life Windows” which has you rocking your head and singing out loud or at least thats what it has me doing. “Galactic Soul” tells Daya’s story it’s her anthem song. At first listen to “Prelude to a Kiss” I was filled with the joy, hearing this song. And it will surely be know as a classic. It’s that beautiful. It flows right into jazzy smooth flowing “Sweet Kiss” Daya’s delivers a very tight musical project with total live instrumentation.
“Music is me its my life” she explains.
Daya advises artists who chose this musical path, “Work on your craft and yourself development and learn the business, be patient with the journey, be prepared for the oppunitity.”
Navasha plans for her future include collaborations with the masters as well as her peers.  Artists such a Michael Franti, Les Nubian, Sting, Eric Roberson, George Duke, Santana, Rachelle Ferrell, Stevie Wonder, Q-tip, Lupe Fiasco, Common, and Sy Smith, etc, her wish list is long. 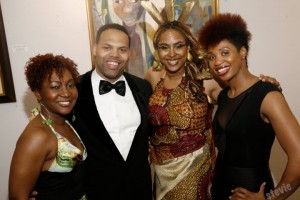 After a short hiatus she’s back and recording beautiful spiritually uplifting music that you can dance to once again.
As a confirmation Daya says “What is for you will come to you.”
Her opportunity has come and she is shining brightly! She wants her music to spread throughout world. To heal the world. “Rebirthed Above Ground” is a good start!