Home
Marketing Music
A Spot called TBAIMS for Indie Artists
Tweet Pin It
We approached Jon Landers and asked him to tell us a little story about how he got started with his company  – The Big Apple Indie Music Series – and he was kind enough to oblige us.  So, for you indie artists who looking to boost your career, we suggest that you visit the website and learn how they can help you!
—————————————————–
I started to research and develop this monthly music showcase back in 2010. In the Fall of 2010 I started a monthly networking event in Danbury at the Palace Theatre I called Networking with Music and Travel. The idea was to have one hour of networking for business professionals followed by a 40 minute set of music performed live by a local band or group and then followed by another hour of networking and meet & greet the artist. The timing of these events in that Fall was probably a huge mistake as that was the year we had so many snow blizzards and the attendance was rather low. I was investing just over $1000 per event to rent the venue.

I stopped after the January 2011 event and started to look for a venue in New York City. I had attended a networking event at the Samsung Experience which, at the time, was located in Columbus Circle at the Time Warner Building. I met the people that ran that venue and mentioned what I had done in Danbury and they loved the idea and invited me to do it at their venue. They did not charge for the space as it was a way to draw people to check out all the new Samsung electronics they were demonstrating there. I did one event that May with just over 45 people and a rock group from CT which was a much better turnout. I wanted to think about doing it again there but thought I should wait to develop a better group of networkers in Manhattan. I joined just about 36 Meetup groups as well as became a member of the Greater New York Chamber of Commerce and started to attend an average of 3-4 events each week to build my contact base. By the end of 2011, I was ready to start again at Samsung. Unfortunately, they suddenly shut down their space by the first of January of 2012. So, I had to rethink my plans and find another venue.
If there was one thing I learned from attending so many networking events, it was what type of venue would be best for my events. What I found to be most counter productive was the type of so called business networking events held at restaurants, night clubs and bars where the noise level from the DJ’s seemed to increase as it got later in the night. You really couldn’t hear any reasonable conversation to be able to really network.
I was fortunate to meet a marketing guy that put me in touch with the Gibson Guitar Studio on the West Side of Midtown Manhattan that was a space kept under the radar as it was used by current well know music artists to rehearse in for upcoming concerts they were booked at in the area. I contacted them and they loved the idea or what I was doing. So, I scheduled my first event at Gibson for December of 2012. This was when I learned another important lesson. On the very day of the event, the pop artist I had scheduled and was promoting was hospitalized with a major illness, so I had to cancel the event that day. I decided to book two artists and reschedule the event forJanuary of 2013. The pop artist had recuperated and I added another rock group from Brooklyn for the January event. We had almost 50 people show up for that one including some industry execs from the music and film industry.

During that event one of the attendees from the music industry loved my concept and introduced me to my current co-producer and partner, Brian Jaccoma who was in the process of starting his own new start up called Talent Army which is similar to Reverbnation and SonicBids. He loved my concept and suggested we team up to bring in the industry people he was connected with.
By February, we decided to have three music artists come to perform and by the end of this year we have decided to have up to five artists performing a 20 minute set each. So, what sets us apart from all other music showcases are as follows. This is a combination music showcase and networking event. We invite industry execs to all events.
For the artists that are vetted to perform at our events, this is not a one night stand. They then become a part of our family and we will continue to support them by finding other opportunities and/or gigs for them. We are also developing relationships with all the major music concert series across North America like SXSW, The Gathering of the Vibes, Popcorn, etc to get our artists booked at future events. We will be developing our own major concert series at Bethel Woods or some other major venue in the tri-state area.
And here’s something else we do at our events.  One of our sponsors is a new start up called Spacebar.com where you can hook your iPhone directly into the sound system of an event to live stream the audio to each artists fan base on a global basis with the option by the artist to charge $1, $2, or $0 to their fan base. In addition, we use another one of our sponsors, NYCLiveRock.com to live stream the visual and audio to the World Wide Web where a viewer can, at his discretion, buy an artist a drink as it’s happening and be thanked by the artist on line during the event.
So, as you can see, this is fast becoming the place to be to be heard and seen. Check out the website at www.tbaims.com when you have the time. 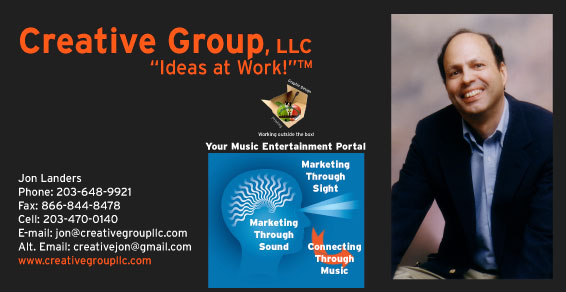