This month’s interview will be with one of my friends and blues musician, Blues Boy Willie of Amarillo, Texas.  I first heard Blues Boy Willie on the radio singing,”Be Who.” Everybody was talking about that song and Blues Boy Willie. I was saying,”Who is this guy, wonder where he came from and why we haven’t heard of him before now?” I remember my brother-in-law  trying to find the CD at the same time I was looking for it too.  I found it at a little record shop in Marshall on Houston Street and they only had one copy.  It was around Christmas time and we played that song over and over because it was funny. He didn’t think the little bugged out kid was his and the mother says, but Willie that little bugged eyed one is the only one that’s yours.

I never even thought about knowing him and I never thought we would share the same stage together. It happened a few years later I met him while he was doing a gig in Texarkana, Arkansas.  I got a chance to play harmonica on his show with him and liked him ever since.  A few years ago he was in the area and made an impromptu guest appearance on one of my shows in Texarkana, Arkansas, singing. playing guitar and playing bass.  Blues Boy is a fantastic performer with his unique voice but he should leave the harmonica alone,LOL, on the other hand the next time we performed together he had mastered that harmonica and he showed me in Texarkana on another show with me. Enough said, fans and friends, I give you,”Blues Boy Willie………..

Q. How old were you when you first picked up a guitar?
A. Between 4 and 6 years old…..but it was a piano…much heavier..

Lol.. But I also played the drums. I started pickin on a little acoustic geetar of my Grannies when I was about 4 years old. I think I caught the music bug about that time in my life. I replaced the Grannies guitar with a Bass as a teenager. I had to sneak and borrow my Daddies harmonica while he was at work. That’s how I learned to play the harmonica. He played it so good, I wondered and wandered around looking for that harmonica and finally ran upon it in the pocket of his green and white pinstriped suit.

Q. You are from Memphis, Texas, how does this affect people when they find out it’s not Tennessee?
A. There is usually an air of disappointment in their first impression, but man, that’s My Home and I’m proud to be from the Cotton Capital of the Panhandle which I call my Panhandle Delta, Memphis, Texas.

Q. You have played bass guitar, lead guitar and sung on various shows with me, tell us about those experiences.

A. Weeelllll…. I can’t say much about those experiences, but I tell this, I’ll challenge you to a duel and you can find out how to put a whistle in your pocket! Just name the gig and let me know!

O. You have been a guest in my home, tell us about the visit.

A. I had a wonderful time in you guys’ home, it was wonderful and you guys are wonderful peoples..but, Bobbie I don’t know when where why you picked that guitar up, but you need to put it down!

Q. Tell us some of the legends you have shared the stage with beside me, chuckling.

A. Well, Bobbie out of all the legends I’ve played with, you suck the most! You lied to me when you first came on my show, you told me you could play!

But in all seriousness, B.B. Coleman was a legend, and he played with me on my first 4 Albums /CD’s that he produced before his death in 1994. I’ve played with Little Milton, Bobby Bland, spoke backstage with BB King when he played in Amarillo, TX in 2003. That was when I got to tell the legend that he was my hero. And Albert King came back stage while I was on a show and told me “Blues Boy Willie, I like the way you handle that whistle”. I knew I was ‘alright’ then, I got the approval from the King – Albert. (and I play guitar JUST like’m!) (lol) 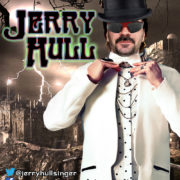