Now in 2002, the recording industry finds itself once again in the throes of a major change.

The average consumer can afford to purchase a keyboard that allows budding musicians and those with musical aspirations to record an industry standard recording.  The cost of recording is no longer determined by studio time.  In the comfort of their living space, aspiring musicians have unlimited amount of recording tracks (virtual tracks) as well as a multitude of instruments provided by the keyboard.  With this built-in capability, the neophyte is able to record each instrument sound on a different track, and thereby, recreate the sound of an orchestra.   With the luxury of unlimited time to make and correct mistakes, many aspiring musicians are turning out industry standard recordings. This new way that musicians now have to bring its recording to the public is causing the recording industry to re-think itself.

Many aspiring artists can now represent themselves with recordings that are complete, or, are partially complete at a minimum cost, but have no real concept of the music business.  Now, recording companies no longer can make deals based on artist development, but must now base their decisions on finished recordings; a decision primarily geared toward marketing.  I predict record companies in the future will become primarily manufacturingmarketingpromotion companies.

The first company that positions itself will find that decisions based solely on product will reduce cost through acquisition instead of production cost. Instead of a sketch, the decision will be based on a finished picture and this will mean a true company involvement in product acquisition (marketing/promotion departments) leading to better sales. 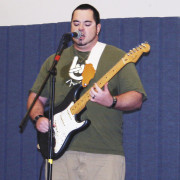