Should the Show Go On No Matter What?

Lots of us band members have the innate determination that the show must go on no matter what.  Sometimes it shouldn’t. 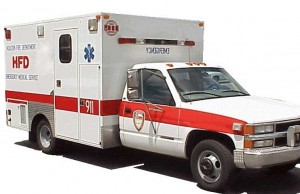 It’s happened to me twice where a band member nearly passed out during the gig.  Once, a drummer, who had been having heart problems, was told by his doctor to relax and take it easy.  In his opinion, playing a gig was relaxing and taking it easy.

It was during a wedding.  He told us that he had to stop playing and he needed to go lay down.  We were in a hotel and the band had a hang out room.  So we stopped and played the canned music while he rested.  We apologized to the couple for stopping during their dinner and said our drummer wasn’t feeling well and we had a replacement coming. It just so happened that the groom was a doctor and all of his friends at the wedding were doctors. They came marching down the hall like soldiers to go check on him.

An ambulance was called, pulse and blood pressure was taken and the drummer spilled the bea

ns about how his doctor told him not to do anything, not to play, yada yada yada.  They offered to bring him into the hospital and he refused.  He lay there quietly for about an hour until he felt restored enough to make the hour long trip back home.

Meanwhile, the band didn’t have the versatility to do some nice jazz with keyboards and a vocalist or guitarist, or anything.  If the full band wasn’t playing, they refused to play anything.  So, the wedding party goes on without live music and though I had a friend who could show up in 20 minutes to play drums, the group insisted on waiting 1 1/2 hours for another drummer who was “familiar with the music” to make the trip down to play.  We were doing cover tunes.  Pretty much all musicians were familiar with the top-40 stuff we were playing.